Ariel (アリエル, Arieru?) is Haruna's teacher at Matellis, who has an affinity for Kyoto-made tofu and sends Haruna to get her some due to her credit cards being overcharged. She is also known as Dai-sensei (大先生?, lit. "Great Teacher").

She has whitish-light blue hair with golden eyes. Her outfit seems to be a professor's uniform, mainly because of her occupation as a teacher.  Despite her youthful appearance she's easily over a century old, as evidenced by her more mature demeanor when compared to her student Haruna.

She always smiles or is in a good mood, even when dangerous events occur. Though sometimes she takes risks. It is unknown what her true motives are. She is very protective of her students and will kill anyone who harms them.

It is later revealed that she had planned to overthrow Lilia Lilith, the Queen of Villiers, a century before the events of the series, and appointed her mentor, Chris, as the leader of the coup. It ultimately failed, and Chris and a few others involved took the fall, with Chris herself cursed into the form of a middle-aged man; however, Ariel herself apparently managed to escape.  She "reformed" for appearances' sake, but still strives to stop Villiers' constant warring with other kingdoms, especially the Underworld.

Is this article a stub? Why, yes it is! Perhaps you should help us by expanding it! 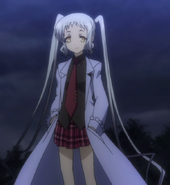 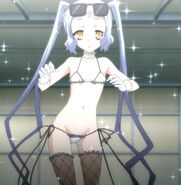 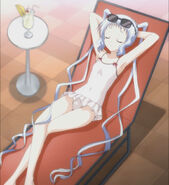 Add a photo to this gallery
Retrieved from "https://korehazombiedesuka.fandom.com/wiki/Ariel?oldid=7543"
Community content is available under CC-BY-SA unless otherwise noted.