Seraphim (セラフィム, Serafimu?) is a vampire ninja, and is now living with Ayumu Aikawa, due to wanting to be Eucliwood Hellscythe's servant, although since Ayumu has taken the position, she is now surprisingly Ayumu's servant, however she doesn't act, or like being called his servant at all.

She initially received a mission to take Eucliwood to her village. Later she received another mission to kill Eucliwood for luring out the Megalo into the Human World. However, the mission was later revoked, since the gates of the Underworld have been sealed. As such, she continued serving under Eucliwood.

Seraphim is a girl with long black hair and green eyes. She ties her hair in a high ponytail and leaves a few locks of hair to dangle on either side of her face.

Sera possesses glamorous proportions, and is very well-endowed. She usually wears clothing that emphasizes her breasts, such as sleeveless blouses with thin shoulder straps.

Serpahim has an obsession over the Tsubamegaeshi Sword Style (Swallow Return Strike in the dub), and is constantly seen praising it. She is very honorable and chivalrous, and dedicated to her status as a ninja. However, she is also shown to be quite rude, especially to Ayumu, constantly calling him a "piece of shit" (クソ虫, kusomushi?, lit. "dung beetle"), or "disgusting", mainly because of him being both a pervert and a zombie. In the dub, she refers to him as a maggot. She is also repulsed by his Masou-Shoujo outfit, even saying at one point that a piece of her soul dies every time she sees him in it. However, Sera is fully aware that she's not a particularly nice person, and acts the way she does as the result of her village being at war for a century, saying that kind of thing tends to make someone 'less than friendly'.

Despite being rude, Sera does shown concern for Ayumu's well being when she volunteered to help fight with Ayumu twice against Kyoko and the King of the Night, as well as in episode 11 where she was worried if Ayumu would ever wake up after losing Eu. As time goes on, Sera starts to warm up to her housemates; after returning from a search for Eucliwood, she says she is glad to be home, clearly indicating that she considers Ayumu's house her home, and warmly smiles for the first time in the series; before then, she was constantly frowning.

Despite initially being sent to assassinate Eucliwood, and that vampire ninjas are always supposed to follow the rules given to them, Sera eventually grows to care for Eu deeply, to the point that she ultimately goes against her orders due to realising she doesn't want to kill her, albeit after Ayumu gets her to admit her true feelings, rather than her feelings as a vampire ninja. Inevitably, this results in her being hunted down and killed for defying orders, though she is revived by Eu shortly afterwards and ultimately forgiven when her mission is rendered moot.

Sera has a fondness for playing the violin and is very dedicated to learning how to cook. However, the food she makes always taste horrible and even causes Ayumu to faint at one point. In season 2, she turns out to be a tsundere and implies that she is in love with Ayumu, as she becomes more friendly than hostile, but she still believes Ayumu has dense perversions as she punished him in episode 9 (season 2) when Naegleria was on top of Ayumu accidentally.

The Vampire on Ayumu's Doorstep

Seraphim arrives at the Aikawa residence after a long time of searching for Eucliwood's whereabouts. She instantly states her purpose of coming over — requesting Eucliwood to take her in as a servant — but was quickly rejected. This does not stop Seraphim to stay overnight at Ayumu's house; in fact, she is careful about Ayumu stealing the position of Eucliwood's servant from her, so she wants to test Ayumu to see if he is worthy of getting such a position.

The fight between Seraphim and Ayumu concluded with Sera deciding to become Ayumu's servant instead. However, she is not ready to become friendly with him immediately. She soon joins Eucliwood and Haruna as Ayumu's companions in the Aikawa residence.

During the course of her stay, she helps in fighting against Megalo and hangs out with Ayumu and her fellow housemates. 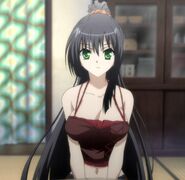 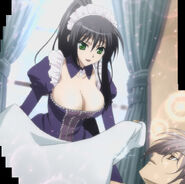 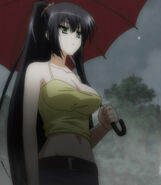 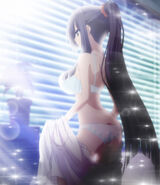 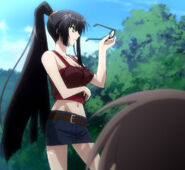 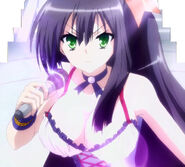 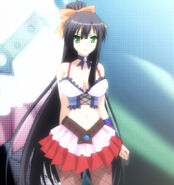 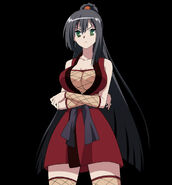 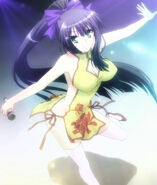 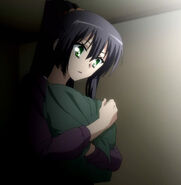 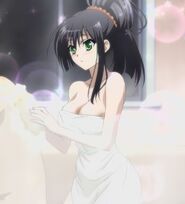 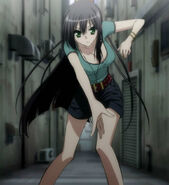 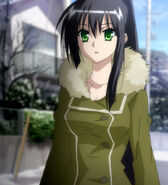 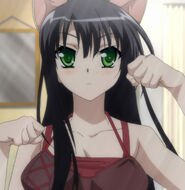 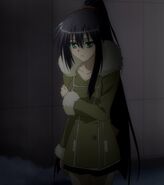 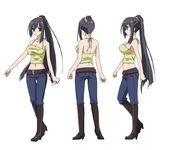 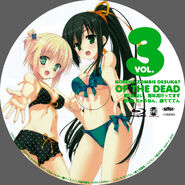 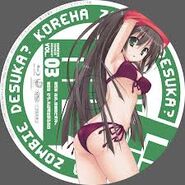 Add a photo to this gallery
Retrieved from "https://korehazombiedesuka.fandom.com/wiki/Seraphim?oldid=7491"
Community content is available under CC-BY-SA unless otherwise noted.