Taeko Hiramatsu (平松 妙子, Hiramatsu Taeko?) is Ayumu's classmate. She is also friends with Yuki Yoshida, Kanami Mihara, Tulio Orito, and Shimomura. She has a crush on Ayumu. While conversely Ayumu doesn't notice her feeling.

Taeko has brown hair tied up into pigtails. She is frequently seen wearing the school uniform.

Taeko Hiramatsu is a kind, friendly, caring and somewhat shy individual. She has strong feelings for Ayumu, but doesn't act on them, shown first when she tries to make him an obento, but doesn't give it to him. She also, during the second season, rushes to Ayumu's defense when his classmates accuse him of being the chainsaw hentai-boy running around their school's graveyard.

Hiramatsu first met Ayumu at a street. It was raining at that day. She noticed Ayumu who gave his umbrella to cover a neglected cat. In return, Hiramatsu gave her umbrella to Ayumu. Upon seeing this, Hiramatsu claimed that she adored Ayumu. 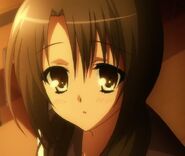 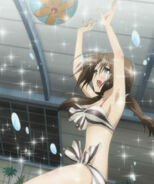 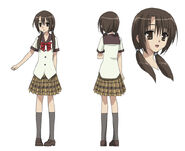 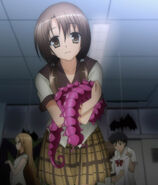 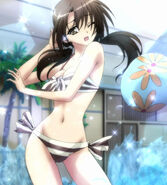 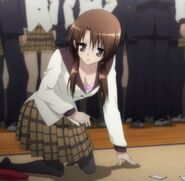 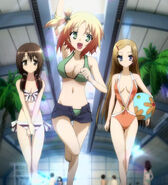 Add a photo to this gallery
Retrieved from "https://korehazombiedesuka.fandom.com/wiki/Taeko_Hiramatsu?oldid=7524"
Community content is available under CC-BY-SA unless otherwise noted.